Celebrating our rich coastal history with the Nats 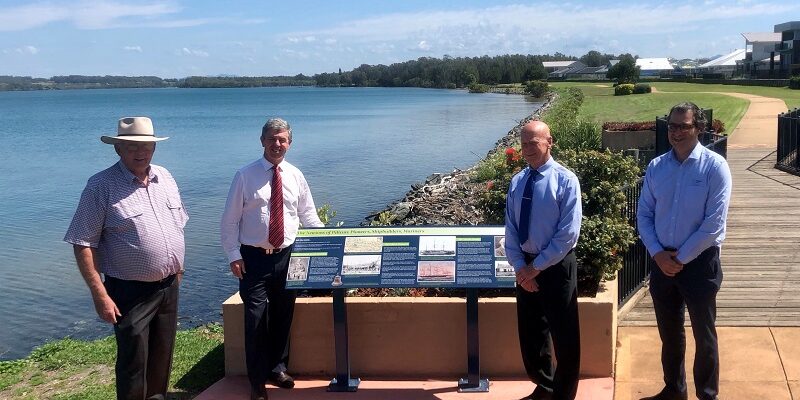 “This new walk showcases the Mighty Manning River and the rich history of the Harrington community, with information boards along the foreshore,” Dr Gillespie said.

Harrington was founded by John Oxley on October 19, 1818 and became the largest shipbuilding centre in Australia with hundreds of boats being built on the banks of the Manning River.

“This is a great local project that highlights some interesting parts of our local history, particularly the early boom times that occurred 200 years ago,” Dr Gillespie said.

Harrington-Crowdy Head Chamber of Commerce President Cliff Hoare said the project was a collaborative effort with many local groups and volunteers contributing.

“The interpretive signs were developed collaboratively by volunteers led by Kym Stanley, printed by Barrier Signs and installed by the Harrington Lions Club,” Mr Hoare said.

Dr Gillespie said the NSW Geographic names board had approved the naming of two new reserves along the walk:
• Alexander Newton Reserve (1850’s settler who owned land along the Manning River)
• Dhunggaarr Reserve (Dhunggaarr being the local indigenous word for Pelican)

“This is a great walk for locals and tourists alike along the banks of the Manning River. It will preserve and promote the history of the Harrington area for future generations to experience,” Dr Gillespie said.

The project was made possible through funding from the Chamber and the NSW Nationals in the federal government’s Stronger Communities Program (SCP).