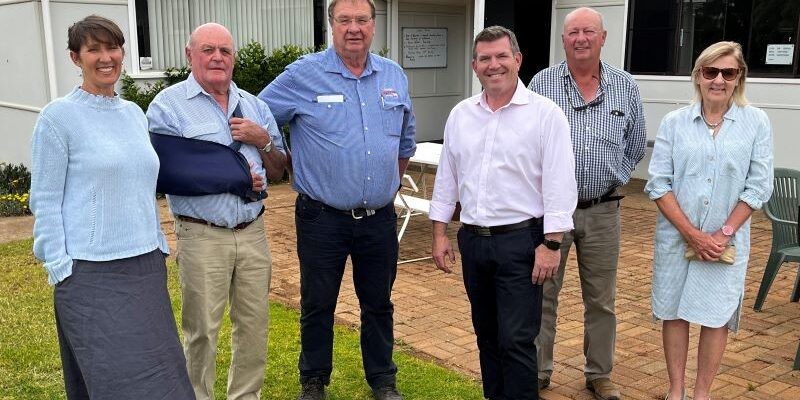 The Trangie Golf Club is set to throw open its doors to even more community members with the help of a grant from the NSW Nationals in the state government’s Community Building Partnerships program.

Nationals Member for Dubbo Dugald Saunders has announced $90,280 for the Trangie Golf Club Cooperative to construct an accessible pergola.

“Player numbers have dropped in recent years, but the team at the golfie know it’s more about bringing people together, than the sport itself,” Mr Saunders said.

“Whether you’re interested in playing golf or not, we want to encourage people to gather socially, and if they’re being active then that’s even better.

“This funding will allow the committee to construct a covered timber deck complete with tables, chairs, fan and downlights, and it will be fully accessible to anyone with mobility issues to get involved in the social and physical benefits of the club.”

Trangie Golf Club Cooperative president Scott MacDougall said there was “a bit of disbelief” when the committee learned it had secured the funding.

“We’re only a small club, and that amount of money is probably more than we make in 5 or 10 years – gross not profit!” he said.

“Our club is more of a social gathering place and we’re trying to utilise the facility a lot more for the community.

“It’s really important and I think it will make a huge difference, not only to club members but to the whole district.”

The Community Building Partnership program has funded more than 18,000 community projects since it commenced in 2009.

Applications for the 2023 Program open in May.