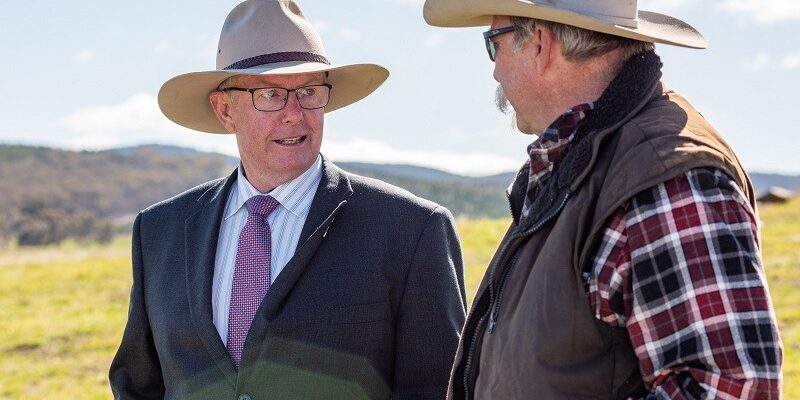 A new and improved Q Fever vaccine is progressing to pre-clinical trials following a $1.87 million injection from the NSW Nationals in the federal government.

“Q Fever is a disease that affects families across the country,” Mr Coulton said.

“I know people who have suffered the its ill-effects, which vary in intensity from one person to the next, and know how important it is to ensure Australians have access to the best medical products possible.

“That is why the government is acting to provide more support and more options for most at-risk Australians.”

The bacteria that causes Q Fever is spread from animals, mainly cattle, sheep and goats, but can travel up to 30 kilometres in dry, windy conditions and infect people who have had no contact with animals.

Q Fever causes a severe flu-like illness and can affect the health of people exposed to the bacteria, leading to chronic debilitating symptoms in extreme cases.

National Farmers Federation chief executive Tony Mahar said the trial made possible by the funding was a significant step towards a more efficient and easier-to-access Q Fever vaccine.

“The disease is most commonly contracted by those working with livestock on property or in abattoirs, with times of drought considered particularly dangerous.

“There is no more important priority for agriculture than protecting the health and wellbeing of our people,” Mr Mahar said.

“Q Fever is an all-too-common illness affecting farmers and others employed in rural and livestock-focussed industries, impacting people, in some cases, for many years.”

How it will work

Mr Coulton said the NSW Nationals in the federal government were keen to reduce the impact of Q Fever and had been subsidising supply of the existing vaccine for many years.

“I’m excited by the potential of this new generation vaccine, being developed by an Australian research partnership. It could be a breakthrough for not only Australian farmers and meatworkers, but rural communities around the world,” Mr Coulton said.

“One of the potential advantages of the new vaccine is that, unlike the existing vaccine, you don’t need a test before you have it.

“This will eliminate extra costs and time in getting vaccinated, which discourages people from getting the protection they need, even though they may be at high risk of exposure.

“This development is exciting and compliments the government’s investment in the existing Q-Vax vaccine, which so many rural Australians, including me, currently rely on.”

Funding is provided to DMTC, which leads a national Medical Countermeasures Initiative with support from a range of Australian government agencies including the Departments of Defence and Health. DMTC will work with research and industry partners to manage the staged development of a new Q fever vaccine.

This study will investigate the dose-effectiveness of the novel vaccine compared to the current vaccine, Q-Vax, as a prelude to clinical trials on people.