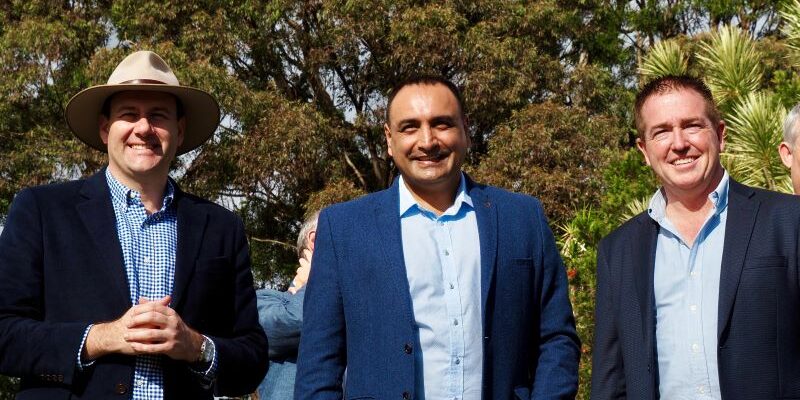 The NSW and Australian governments have announced Ferrovial Gamuda Joint Venture will design and construct the new $2.2 billion Coffs Harbour Bypass, with major construction to begin early next year.

The project will upgrade around 14 kilometres of the Pacific Highway at Coffs Harbour, starting from south of Englands Road roundabout and finishing at the southern end of the Sapphire to Woolgoolga project.

The upgrade will deliver four lanes of divided motorway bypassing the Coffs Harbour CBD, taking thousands of vehicles out of the centre of town and saving motorists time by avoiding up to 12 sets of traffic lights.

Around 600 direct jobs will be on offer during construction.

The bypass is expected to be open to traffic from late 2026.

The $2.2 billion Coffs Harbour Bypass project is jointly funded by the Australian and NSW governments on an 80:20 basis.

Deputy Premier and Minister for Regional NSW Paul Toole described the announcement as a landmark day for Coffs Harbour.

“The project will be delivered using a single design and construct contract to ensure innovation, efficiency and value for money in bringing the plan for this bypass to life,” Mr Toole said.

“We know how important the three tunnels are to the community’s vision for their bypass – and under the planning approvals now in place, they can be assured that’s exactly what they will get.

“Everything is now set to go – early works are on schedule and major construction is on track to fire up at the start of next year.”

Nationals Regional Transport and Roads Minister Sam Farraway said the Coffs Harbour bypass will transform travel in this region by diverting 12,000 vehicles away from the CBD, saving motorists around 12 minutes off their trip.

“Our government has made it clear our expectation is more jobs for locals. I pleased to say that many of the jobs will be filled by local people who were involved in the Pacific Highway upgrade, which we jointly delivered in 2020,” Mr Farraway said.

“The NSW Government is securing a brighter future for NSW families by investing in community infrastructure that will make daily life easier.”

Nationals Member for Coffs Harbour Gurmesh Singh said the benefits to the region from this project will continue for generations to come.

“The bypass will be a key link in this vital piece of the nation’s infrastructure, connecting Melbourne, Sydney and Brisbane.”

For more information and to sign up for regular updates on the progress of the bypass visit pacifichighway.nsw.gov.au/coffsharbourbypass.