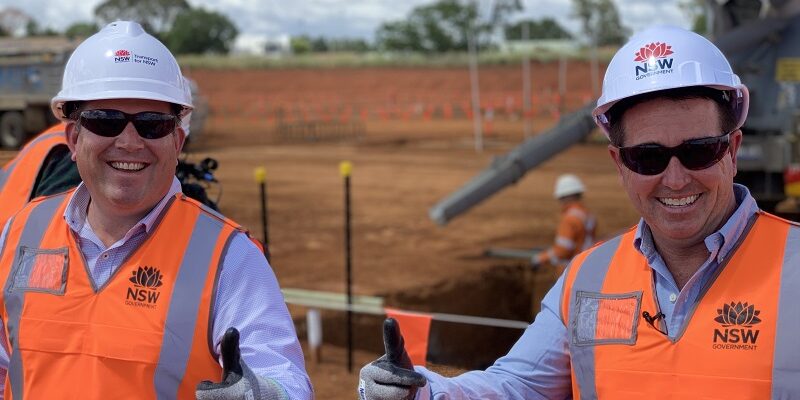 Six locals will be recruited to carry out major electrical works at the Mindyarra Maintenance Centre in Dubbo under a $20 million contract awarded to ARA Indigenous Services.

Nationals Member for Dubbo Dugald Saunders said the awarding of this contract to a registered Aboriginal business is great news.

“I encourage everyone to apply for the new roles needed to get this work done, including two electricians, two trades’ assistants and two project administrators,” Mr Saunders said.

“A key objective of the Regional Rail Project is to provide opportunities for people and businesses in regional NSW, and we are continually delivering on that. This is another example of why we chose to build the new rail centre in Dubbo: to support the new fleet, stimulate our economy and help create sustainable job opportunities and skills.”

Nationals Minister for Regional Transport and Roads Paul Toole said this project built on the commitment of the NSW Nationals in the state government to keep jobs local on major infrastructure projects.

“The project will be a game changer for the region, creating about 200 jobs during construction of the facility and 50 permanent roles once in operation.

“Already, 15 Aboriginal businesses and 48 Dubbo businesses have been engaged on the project, which is exceeding its requirements in the number of Aboriginal apprentices and Aboriginal people in supervisor roles.”

ARA Indigenous Services Strategy and Growth Manager Rohan Tobler-Williams said the company is very excited to be part of the Regional Rail Project.

“This is a wonderful opportunity for us to make a meaningful contribution towards Aboriginal recruitment in the Dubbo region,” Mr Tobler-Williams said.